The man who does battle with man-eating sharks admits he’s “not a crazy jump-out-of-airplanes kind of guy.”
He enjoys playing golf and tennis, but he’s no adrenaline junkie.
“I’m pretty boring. I live a pretty simple life,” says Chip Michalove.
However, he’s quick to admit he gets more than a little nervous when he enters the ocean and the waves hit against his waist.
“I’ve just seen too many of them out there and I can’t relax. If I go chest-high, I’m going to have a coronary,” Michalove says. 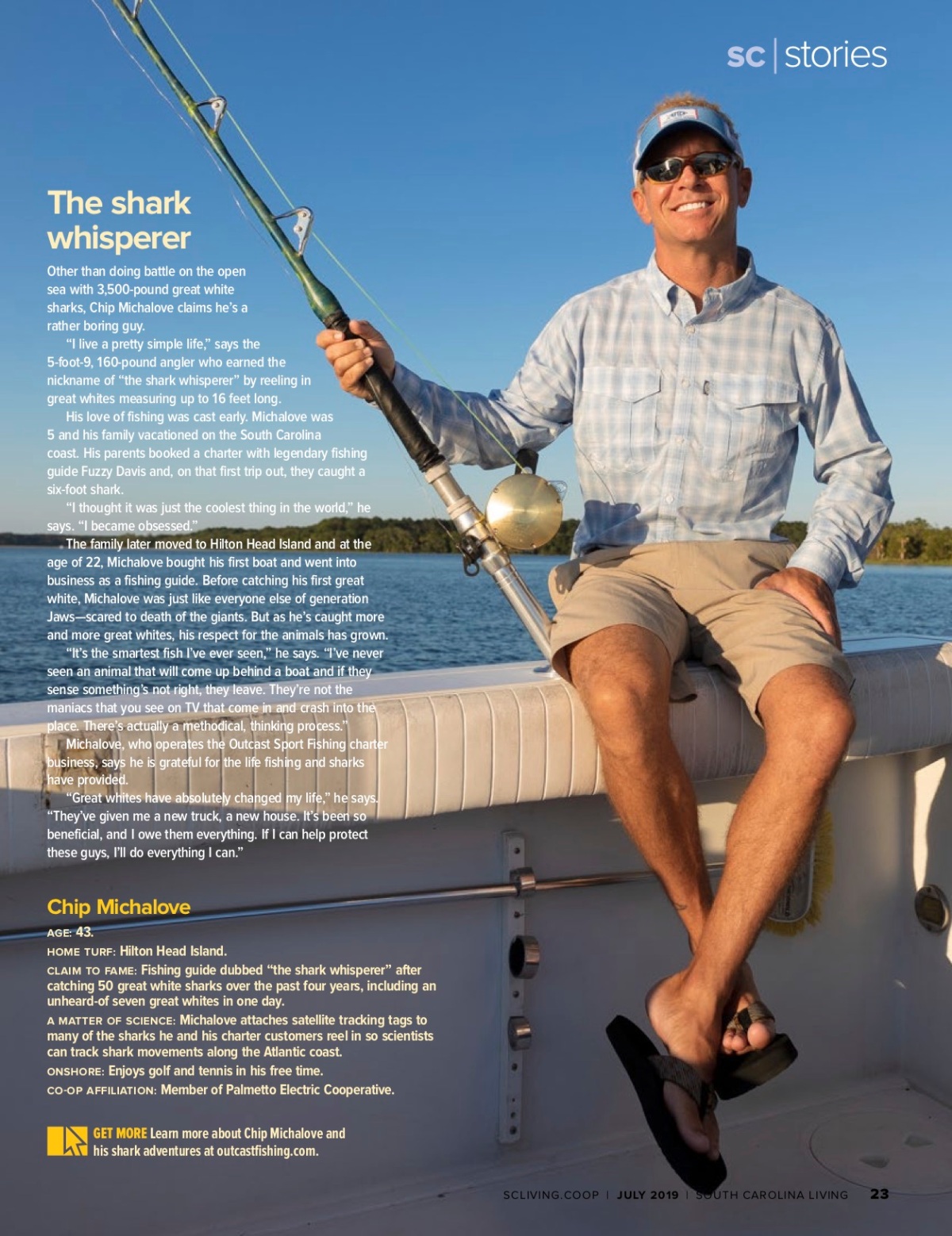 (This article appears in the August 2019 issue of South Carolina Living magazine.)

Other than doing battle on the open sea with 3,500-pound great white sharks, Chip Michalove claims he’s a rather boring guy.

“I live a pretty simple life,” says the 5-foot-9, 160-pound angler who earned the nickname of “the shark whisperer” by reeling in great whites measuring up to 16 feet long.

His love of fishing was cast early. Michalove was 5 and his family vacationed on the South Carolina coast. His parents booked a charter with legendary fishing guide Fuzzy Davis and, on that first trip out, they caught a six-foot shark.

“I thought it was just the coolest thing in the world,” he says. “I became obsessed.”

The family later moved to Hilton Head Island and at the age of 22, Michalove bought his first boat and went into business as a fishing guide. Before catching his first great white, Michalove was just like everyone else of generation Jaws—scared to death of the giants. But as he’s caught more and more great whites, his respect for the animals has grown.

“It’s the smartest fish I’ve ever seen,” he says. “I’ve never seen an animal that will come up behind a boat and if they sense something’s not right, they leave. They’re not the maniacs that you see on TV that come in and crash into the place. There’s actually a methodical, thinking process.”

Michalove, who operates the Outcast Sport Fishing charter business, says he is grateful for the life fishing and sharks have provided.

“Great whites have absolutely changed my life,” he says. “They’ve given me a new truck, a new house. It’s been so beneficial, and I owe them everything. If I can help protect these guys, I’ll do everything I can.”

Getting to know Chip Michalove

CLAIM TO FAME: Fishing guide dubbed “the shark whisperer” after catching 50 great white sharks over the past four years, including an unheard-of seven great whites in one day.
A MATTER OF SCIENCE: Michalove attaches satellite tracking tags to many of the sharks he and his charter customers reel in so scientists can track shark movements along the Atlantic coast. 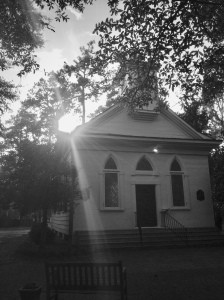